Britney Spears went from being an innocent girl in 'The Mickey Mouse Club' to a controversy stirring pop sensation in her teens. Unfortunately, her adult life has been dominated by personal and public turmoil and we have had a front row seat to all of the drama.

From the sweet teen romance with Justin Timberlake, we have since seen her face drug allegations from former husband Kevin Federline during a nasty custody battle for her children. She also went from being one of the most respected singers and dancers in the world to making bizarre public scenes, like shaving her head in front of rabid paparazzi in an apparent cry for help. And who can forget the images of her in a confused and disoriented state while being put in an ambulance on a stretcher in front of her home? And she recently has been accused by a former manager of using crystal meth.

The drama just never seems to end, but beneath it all Britney is still that small town girl that got her big break and became a major celebrity.

Let's take a look back at Britney through the years

[11]
She has passed a long way marked with periods of joy and glory changing with despair and problems with alcohol. Changing from a child with angelic voice to the pop-princess kissing Madonna, giving birth to two children, breaking with her partners – nevertheless she became an adult.
[12]

[13]
The gossip about her relationships with Justin Timberlake spread widely and in 2000 they officially declared about their love. Spears claimed she will stay a virgin until her marriage. Nevertheless, Justin cleared the matter saying they already had sex.
[14]

[15]
Virgin or not, Spears wed one of her dancers, Kevin Federline, who already had a child and a long-term relationships with an actress.
[16]

[17]
Bad days came in 2007 when the singer passed through rehabilitation because of drugs and alcohol and shaved her head. In January 2008, she was hospitalized for a mental evaluation after locking herself in a room and refusing to hand her kids over to Kevin.
[18] 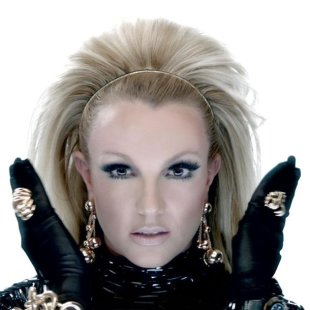